In the unipolar world in which we currently live, power derives from economic robustness generated by the dominance of competitiveness in the markets.

It is through competitiveness that China’s power has emerged and is tending to become a new pole of power. It has benefitted from the eradication of state bureaucracy through Mao’s Cultural Revolution, the population reduction through Teng Xiao Ping’s one-child-per-family policy and the low wages across a wide range of the production process. In addition, with the introduction and development of new technological systems, China gains points in the competition with the products it produces and threatens the supremacy of the United States of America, the only superpower so far.

Russia, with its vast energy resources and large nuclear arsenal, is a crucial factor in shaping new power relations in the world. The collapse of the Soviet Union, due to the poor competitiveness of its products because of the central planning of its economy and the “grotesque” decade of Russian rule by Yeltsin that followed, showed that it was Russia’s fate to “exit” from the group of the Great Powers. However, with the combination of its nuclear arsenal and its vast energy and mineral wealth, Russia is attempting to stay in the club of the world’s powerful by exerting a dominant influence in what it calls the “Near Abroad”. Moreover, it attempts to place itself between the United States and China as a major power player, with the intention of moving the scales sometimes in one direction and sometimes in the other.

The United States of America, relying on the increased productivity of its early immigrant inhabitants who, based on the principles of protestantism, and even more of the followers of the extreme religious sects who were expelled from European countries, managed to make the best of the unspoiled geophysical environment of the new continent and, in combination with its well-balanced political system of governance, to create long-term economic growth that has led the country to the forefront of power. However, as the large fiscal deficits accumulated over the last decades show, it seems that the American productivity is gradually declining, leading it to external borrowing. It is well worth noting that much of this borrowing is from China.

The local wars that have so far been fought were on a non-generalised basis and were held in order to improve the conditions of power of the aggressor nation and to strengthen its economic base in various ways. Unfortunately, consideration of the value of human life and human losses is not the dominant element in making the relevant decisions of conducting wars.

Economic competition, military hardware  and value of human life are characteristics of our time that have ceased to be associated with individual geographical units. They have acquired, due to the globalisation of markets, a global reference level. Their management, and the actions undertaken in the context of promoting them, are objects of geopolitical and geostrategic considerations. In this kind of approach, unfortunately, human life is not the dominant factor…

On the other hand, the globalisation of markets calls for partnerships, through a competitive environment, with energy and wealth resources, the development of new technologies and, above all, the productivity of human resources as the dominant elements. A number of other factors has to be added to this multifactored landscape. Among them, nationalism poses an acute threat of upsetting the balances that tend to be created by the interaction of the individual elements of globalised markets. Economic and military wars, which always start with a cause and/or a pretext, are violent attempts to upset these balances and end up creating large-scale economic crises which, to a greater or lesser extent, permeate all the individual state economies. But the main effect of the combination of military and economic wars focuses on human losses, which thus create irreversible situations. Compared to the humanitarian disasters caused by wars, any economic successes resulting from conflicts among nations are insignificant.

In this geopolitical landscape, the protagonists, the USA, China and Russia, work together, in pairs or all three, and at the same time clash in order to gain power and/or ensure security. For the time being, the cooperative component has been stronger, and has not yet allowed the creation of military conflicts between them due to their nuclear arsenals. However, this fact pushes them to create local conflicts in order to ensure comparative advantages in the process of economic competition. This is how the Russian invasion of Ukraine can be explained, an armed conflict, each phase of which is resulting in hundreds of human losses. 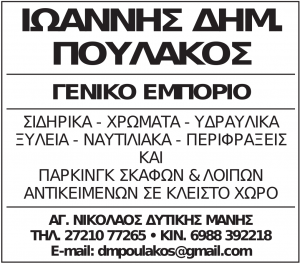