It is the Municipal Compartment of Gythion Municipality. It consists of the villages Myrsini and Prophet Elias. There are approximately 187 inhabitants. The name Myrsini is recent. In the past, the village was called Panitsa.

It is 8 km away from the junction of the road Areopoli-Gythion. It used to be the capital of the old Municipality of Malevri, whereas in 1928 it had 28 inhabitants.

One can see the ruined towers that belonged to Petropoulakis family, as well as the tower of the writer Voula Damianakou.

The role of the Cultural Association Panitsa “ΚΑΠΕΤΑΝ ΛΙΤΣΑΣ” is very important. They organize a lot of events of cultural, educational and historical content and take part in the events at Kastanofito (Osnitsani) Kastoria, which are devoted to the Maniat fighters Antonis Vlahakis, Leonidas and Panagiotis Petropoulakis who fell in the so called battle in 1906 to prove that Macedonia is Greek.

The history of the place is connected to Petropoulakis family, which appeared in 18th century. The family contributed a lot to the struggle of the Nation both in Revolution 1821 and in the revolutionary movement in Thessalia, Crete and Macedonia against Bulgarians.

Olive cultivation and cattle breeding is the only occupation they had. Consequently they couldn’t stay there and a large part of the population immigrated.

The country road that goes to the village should be maintained, whereas there are still the traces of the fire that broke out two years ago and destroyed a large part of the olive grove; in 1981 there was also a destructive fire.

In every corner, in every uphill lane, there are signs of the past. Many houses are renovated; others wait, whereas many new ones are built, too. A few meters away from the entrance of the village, the temple Aghios Spyridon, the temples of Panagia and other small chapels prove the religious feelings of the villagers.

The spring scents from the May flowers are unique. Calmness and relaxation prevail. Images, scents, colors intermingle and create a sense of melancholy to those that lead an urban life.

What is really “patrida” (the birthplace)? Is it the plains? Is it the high mountains? Is it the celebration, the struggle, nature, history? Is it the concealed dreams and ardour? All these are connected to the beauty of Mani. They are a journey to this part of the planet with a glorious past and present. 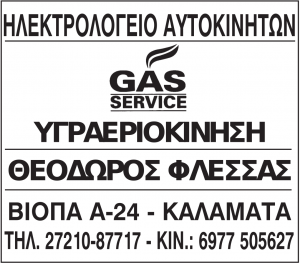 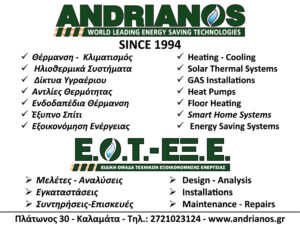